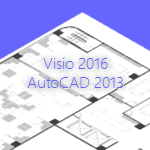 Sign up for a webcast about working adjacently with CAD and Visio 2016, and get the lowdown on the new support for AutoCAD 2013 formats.

Update: This event is over. I hope you enjoyed it!

If you missed the event, you can relive the excitement by watching the recorded webcast.

The interface is a somewhat odd, flash-based affair. I found the Media Player control rather unresponsive when I was logged-in via VPN, but when I shut off the VPN it worked fine: 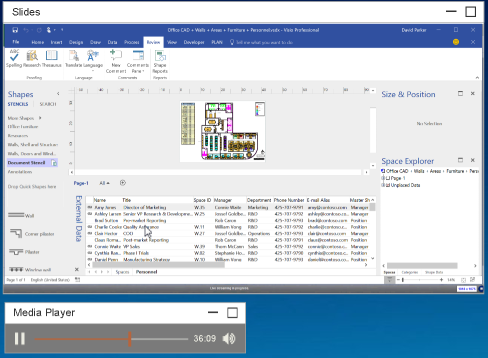 You can download the sample Visio, AutoCAD & Excel files used in the presentation here.

Let’s Get Ready to Rumble!

Fellow MVP David J Parker is not only a cad, he knows a lot more about Visio and AutoCAD than I do!

The official time for the webcast is:

Since you folks are scattered all over the globe, I’ve whipped up a simple time-zone reference by importing an SVG map from Wikipedia into Visio, then adding a few labels to show the adjusted times. 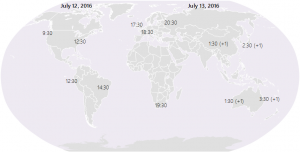 Head over to his site at bVisual.net to find out more about the webcast, and how to sign up.

And for you soccer/football fans, not to worry, the UEFA Euro Cup 2016 will already be over!