You are here: Home / General / History / ShapeSheet through the Ages 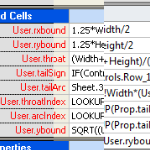 This week on the Visio History Channel…

If you enjoyed yesterday’s walk down memory lane, and you lean toward the technical/programmer side, then you might enjoy this fluff piece–a look at the evolution of the ShapeSheet.

I use the word “evolution” loosely, because amongst Visio developers, Microsoft has been rather errant in adding features to make Visio development easier.

In Microsoft’s defense, Visio has a pretty rich object model, so you can roll your own tools to do just about anything. Case in point: Nikolay Belyh’s excellent ShapeSheet Watch add-in, which lets you examine and set ShapeSheet cell expressions for multiple shapes simultaneously. (Check out Nikolay’s intriguing, in-beta Visio publishing service VisPublish, while you’re at it!)

A little background on the shape whose innards you are viewing:

The ShapeSheet looks basically the same, but with colors and borders slowly become more understated.

Now I said that the “saved as Visio 2002” shape worked just fine. But when I tried to show the ShapeSheet for it, this is what I got: BOOM! 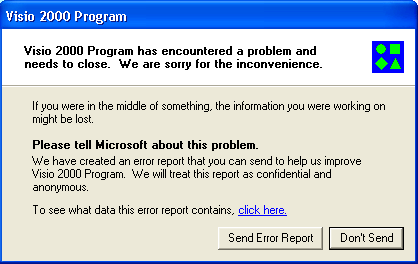 I suspect that the named control-handle rows had something to do with the problem. The Word Balloon shape has newer-style control handles, that support names, such as Controls.Callout.X, Controls.TextPos.Y, etc., whereas up to Visio 2000, you only had indexed rows, such as Controls.X1, Controls.X2, etc.

Anyway, I drew a rectangle, and copied as many of the cells as needed to make the full-screen ShapeSheet image, so that I could complete the series of screenshots. 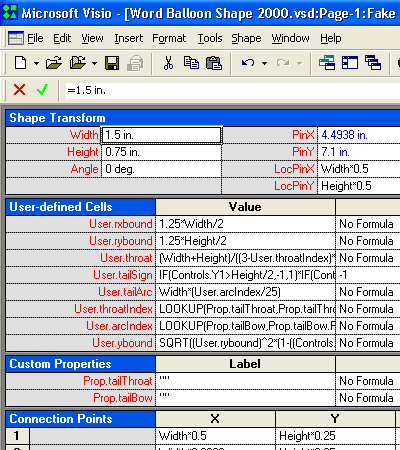 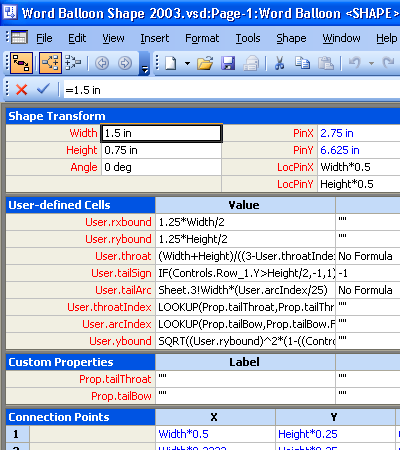 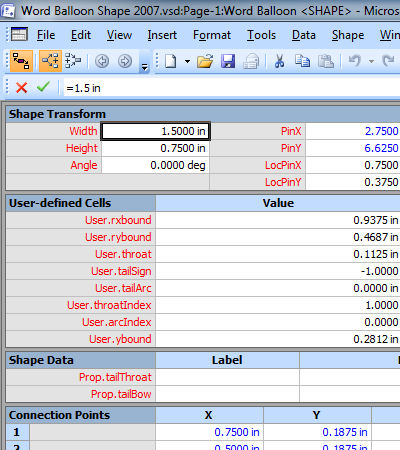 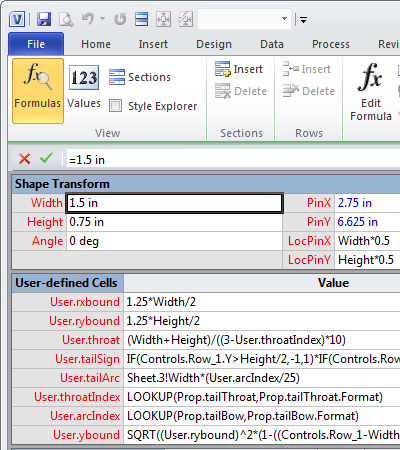 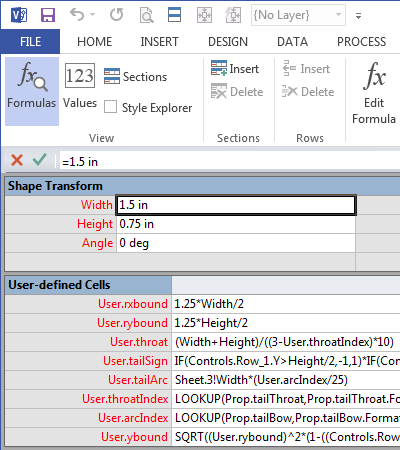 Ok, here are the big shots for those of you not reading this on a data plan. 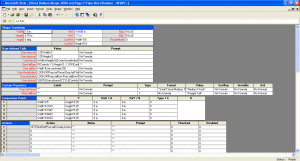 News flash: this is the first time that the Formula Tracing window is available. With formula tracing, you can see which cells depend on the selected cell (dependents), or which cells the selected cell depends on (precedents). This is one of the biggest improvements that Microsoft ever made to the ShapeSheet. It allows you to find cells that are orphaned or not needed and clean up your shapes, and to potentially track down errors, bad code or circular dependencies.

Cell dependencies and precedents are also supported via automation. The Visio Cell object has Dependents and Precedents methods, which allow you to programmatically analyze the structure of Visio shapes in a very detailed and useful manner. 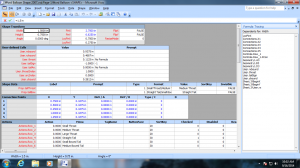 If you enjoy Visio history, be sure to check out fellow MVP John Marshalls Visio History Page!