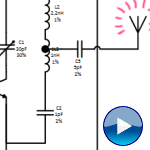 PhotoShop, Illustrator and SketchBook Pro users have all the fun. They make these cool, time-lapse videos, set to trendy, fast-paced music. I know Visio isn’t as cool as those other apps, but a lot of people still love using it. And they like music too! So I whipped out my trusty Camtasia Studio/Recorder and gave it a shot.

I remember riding the U-Bahn a while back, and being annoyed by people yaking on their mobile phones. I remember the little devil floating over my left shoulder whispering something about getting a pocket-sized device to jam cell phones at the push of a button. Something with a big red button you could push, and the yakity-yakers could see you push it…

I even went so far as to search the internet for such a thing, but before I could make an illegal purchase, I was distracted by the image suggestions. I noticed a lovely little circuit diagram for a simple cell phone jamming device.

A site called  About Electronics had this slightly jumbled schematic: 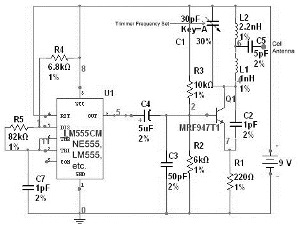 And thus, I channeled that negative energy into a Visio Guy project. How about doing a piece on circuit diagramming with Visio? How about making a first attempt at one of those cool speed drawing videos while I’m at it?

By the time I was done with the video above, I had a nice, clean, Visio version of the diagram:

So Visio probably isn’t as cool as Adobe Illustrator or PhotoShop or Autodesk SketchBook Pro, but people like Visio, like videos, like learning and like music. I could provide most of that with this project.

I don’t think this video is as instructive as a lot of the drawing and artsy videos. In those videos, it is easier to see what the users are doing without knowing which functions have been clicked. You see the very light sketch, then a darker sketch over the top, then outlining, then fills, then shading effects. You get a complete picture.

But nonetheless, I think this format has potential for Visio or any software. With the speed-up, you see patterns of interaction. You discover areas where Visio could be improved, or your own personal workflow could be improved. I do think it is helpful to slow down the pace whenever crucial ribbon buttons or menu commands are clicked. I did this a few times, but not enough.

I already had Camtasia Studio installed on my ThinkPad. A quick internet search revealed that to make a time-lapse video all you have to do is right-click on the video clips in your timeline and increase the speed to some percentage over 100. Easy as pie!

My brother (who you might have seen on TV, TV and TV) has started a new band called Bod. They sound pretty good, and he let me borrow their track Secret Lives for my sound.  (Note: I duplicated some of the intro bits because I needed another 45 seconds. My apologizes for less-than professional editing!) 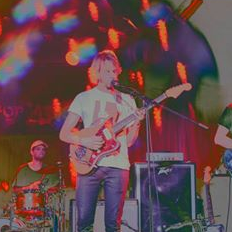 Oh, and he’s WAY younger than me, so the cool points grow exponentially! (Play it for your kids!)

Let’s wish Bod success in the coming months and years!

So this Visio speed video isn’t super-instructive. But it is still useful. I noticed several things that could be improved on the Visio side. I’ll write them down here for Microsoft to see, or for budding tool developers to use as an opportunity:

Now that you’ve seen it being created, you might as well download it and tear it apart for learning purposes. Here it is, in Visio 2013 and Visio 2003-2010 format: