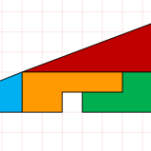 Download today’s offering and quickly demonstrate to your loved ones the utter nonsense of these “disappearing square” problems!

I’ve been trying to be more proactive in quickly producing content lately. This involves not only quickly noticing and noting ideas for posts and articles that I have, but actually getting them done quickly, without the paralysis of “feature creep”

A few weeks ago, this video appeared in my YouTube suggestions: The Magical Disappearing Square. I quickly saved a link and a screenshot to my “TODO” folder, and now I’ve converted it to Visio format for your downloading pleasure!

The problem goes something like this: We haven’t done anything other than rearrange the pieces. How did we lose an entire unit?!?!? 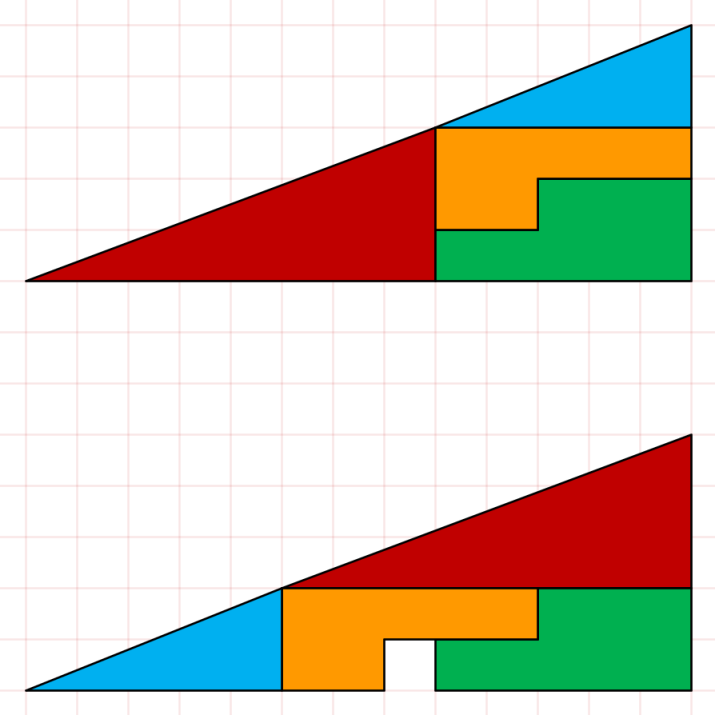 Of course, the illusion comes from the fact that the blue triangle and red triangle are not similar, as New York Clippy hints at: 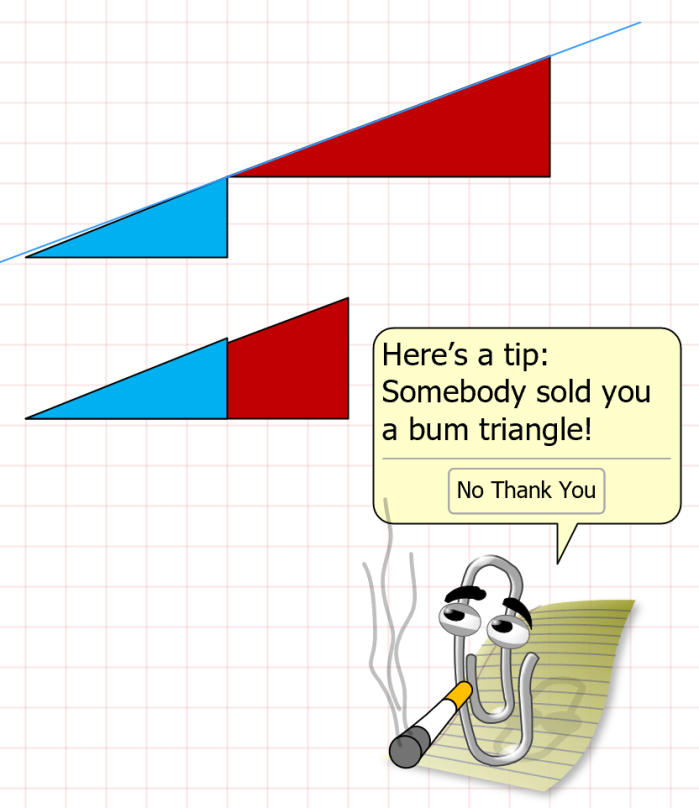 So the original configuration isn’t exactly a triangle, and the re-arrangement doesn’t fill the same space!

The more sarcastic among you are probably more interested in New York Clippy than in the shapes illusion. I created him years ago, but have never really finished producing and releasing him properly into the wild. Consider this version as “Beta New York Clippy”. New York Clippy has all of the features of the original Visio Clippy Shape from 2009!

At any rate it’s easy enough to delete New York Clippy if he’s too raw for younger, or more innocent audiences, or you can double-click and tone down the text, if you’d like: 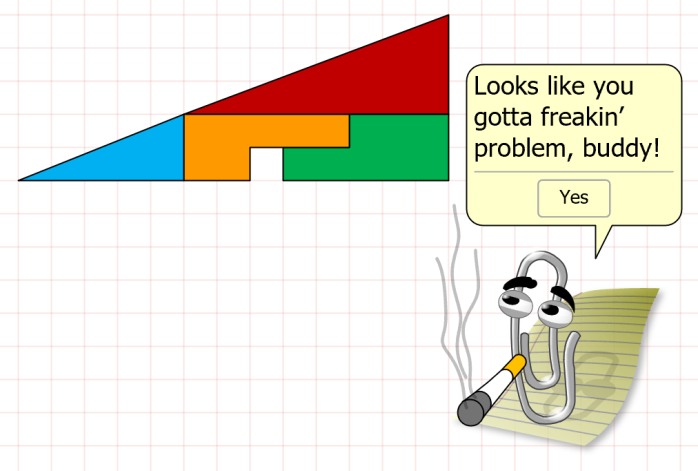 Here’s the Visio file for your collection!