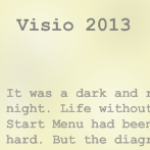 The latest and greatest version of Visio–Visio 2013–has been available for over half a year already!

If you still feel like you’re missing out on super-cool features, or are struggling to get started, or just want to visit every nook and cranny of the product, there are two new books aimed at beginners and intermediate users. 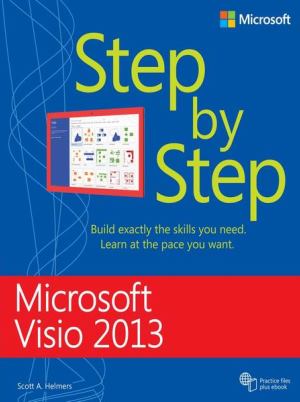 Step by Step is aimed at users that are new to Visio or users that have a basic to intermediate understanding of Visio. There are a lot of changes in Visio 2013, so even long-time users of Visio will get valuable information out of this book.

I have Scott’s book in my posession, well it’s in Kindle on the iPad anyway. I will post comments, impressions and opinions as I get further into it.

Readers of my last book, Using Microsoft Visio 2010 might be gushingly ecstatic and overjoyed to the point of tears that there is an update to this book too! Well, sort of.

Visio 2013 Absolute Beginner’s Guide, by Alan Wright and Chris Roth is theoretically an update to my last book. Except that the focus is different, and I didn’t write it! As the name suggests, it is aimed at absolute beginners, but as I mentioned with Scott’s “Step by Step” book, Visio 2013 has a lot of new changes, so even intermediate users of Visio will likely find it useful. While the Visio 2010 book was intended for end-users, there was no “absolute beginner” constraint placed on it (as far as I knew). Also, the new offering does not come with any online video- nor audio files, as far as I know. In some ways, this is probably a good thing, since so many customers had problems logging into the site to access the bonus content.

While my name is on the book, I had nothing to do with the project, other than the fact that my 2010 book was used as a basis for this book. Software books evolve, just as the software itself does. 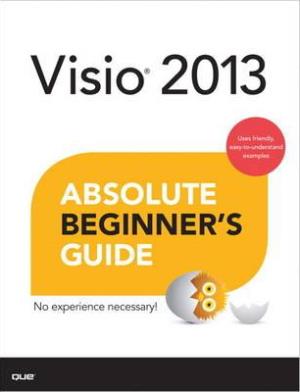 After a lengthy battle with the German Customs Office, my copies of “Absolute Beginner’s” has finally arrived at my doorstep. I looking forward to sharing my observations with you, either on this page, or on a new posting.

Phew! That’s quite a long name for a book!

Other fellow-Microsoft-MVP David Parker (of bVisual.net) has just released an update to his advanced book on rules and validation: Microsoft Visio 2010 Business Process Diagramming and Validation.

The new book, is (surprisingly) titled: Microsoft Visio 2013 Business Process Diagramming and Validation. Did you spot the difference? 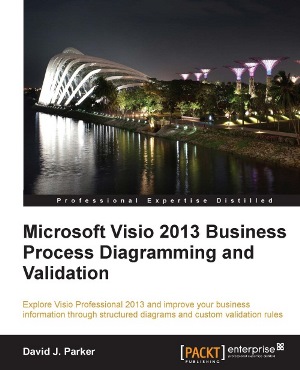 And it tells you how to:

David has created a page for his new book, including a slice-of-life about a recent trip to India to visit the publisher’s offices. See: New Visio Book Out Now!

In addition to having my name attributed to a book I didn’t write, I am (really) working on a QUE Live Lessons video series for Visio 2013, which I hope will be released in the coming months. While writing Using Microsoft Visio 2010, I found the lengthy bullet-lists of steps needed to guide users through tasks in Visio to be awkward, unwieldy, and dull to write (and read, too!) Visio is a visual product, and I believe that watching short videos on essential and intermediate tasks will be more valuable and interesting for users, and more enjoyable to produce for the author.

Don’t get me wrong, written words still have a place in the Visio-sphere, especially when describing power-user details in-depth–as this website and others often do, or for fueling discussions like the comment sections and forum permit. Text is also much more searchable over the internet (although the geniuses involved in search will likely change that soon).