You are here: Home / News / Don’t Read! Watch Videos of Visio MVPs Instead! 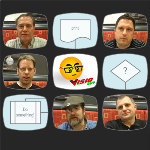 Oops! I posted Interview With a Visio Guy a bit too soon.

That article features a video with Visio MVP David Parker, who shares words of wisdom about his history of working with Visio, and why it is such a great platform for graphics-based solutions.

But by jumping the gun, I have inadvertently showered Mr. Parker with glory, at the expense of other Visio MVPs.

You see, the video was the first in a FIVE-PART series, called Visio: Drawing on Experience.

Created by Harry Miller (who documents Microsoft Office Visio, plays jazz, and makes videos) and presented on Microsoft TechNet, Harry has since posted four more videos, each one an interview with a Microsoft Visio MVP–someone who has been using Visio way too long, and enjoying it way too much.

So I’ve rounded up the missing links (pun intended, see photos below…), along with exciting preview-images of each interviewee for your web-browsing pleasure!

Loosened Up for the Camera

The clip was shot during the Microsoft MVP Global Summit in Seattle/Redmond back in March 2009. One of the evening events at the conference was a dinner in the cafeteria of Building 36 (where Office and Visio are developed) After making sure each of us Visio MVPs had finished at least one beer, Harry dragged us, one-by-0ne, off into a corner, made us sign a waiver, then interviewed us on camera.

Why Were They Born So Beautiful…

“Visio diagrams are utilitarian, but ugly.”

Sage words. And I’m not one to argue (well, that’s not entirely true)…anyway…I thought I’d stay with the themes of “ugly” and “Visio” by sharing photos and links to all five Visio Guy interviews. Enjoy! 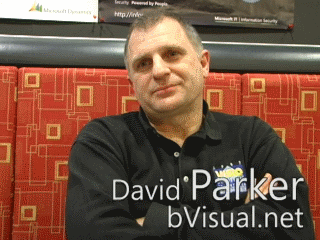 Interview with David Parker, posted May 7, 2009 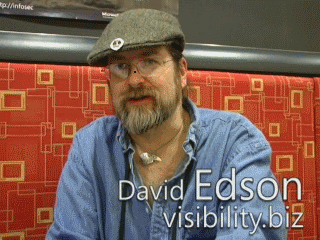 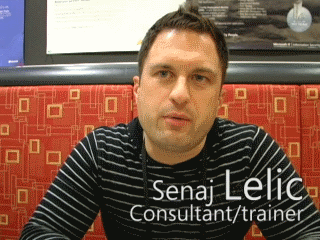 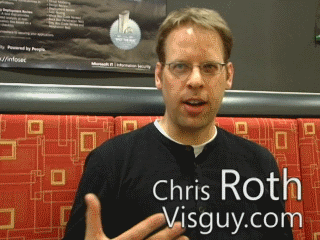 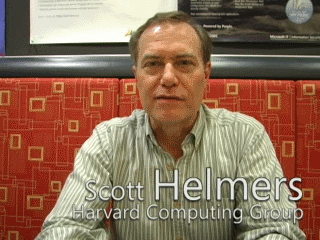 You can see a list of Harry’s videos, along with stats for who which video is the most popular, here.