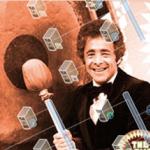 Sometimes people ask me questions about network diagrams that aren’t so much about Visio as they are about how the diagrams should look.

A lot of people know that they need to create a network diagram, but they’re not sure which type to create, which shapes and symbols to use, or how to go about doing it.

If you are among these folks, or simply want to learn more about network documentation, you might be interested in a site that I’ve stumbled upon.

The site is called Rate My Network Diagram, and it allows people to learn about networking and network diagrams by seeing what other people have done.

You can view diagrams that others have submitted, see various info about who created the drawing, member ratings, etc. and read member-comments about each diagram. You can also search the diagrams by type and creator.

Once you’ve registered for the site, you can log-in and submit your own diagrams, rate others’ diagrams, and write your own comments.

At the time of writing, I found over 650 diagrams on this site. And, no I didn’t look at each one them!

The diagrams on RMND are categorized as follows:

The links in the bulleted-list above take you straight to category pages that have nice matrices with: thumbnails for each diagram, member name, age, number of comments and ratings, and a point and average rating tally.

If you want to get a second (or third, or fourth) opinion about how you might organize a diagram, then Rate My Network Diagram certainly looks like a place to start!

As far as I could tell, RMND is run by a Virginia-based organization called Network Documentation, whom I don’t know much about (I’m always nervous about saying this, since it often turns out I’ve met the people who run the company at some Visio conference…)

But there purpose seems well enough. A quick look at their home page reveals that they:

Which definitely sounds like they are Worth A Look–especially if you have anything to do with networking!

One item on the Network Documentation site that caught my eye was a poll about which software people used to create network documentation.

At the time of writing, Visio was WAY out in front, with over 79% of the votes, followed distantly by Dia, “Other”, LANSurveyor, OmniGraffle, netViz, SmartDraw, ConceptDraw and Gliffy.

But you probably already knew that, anyway! 😉